In the Summer of 2019, a client, Charity, comes to see us with a vexing problem. She is one of three sisters, and her mother had a will in which Charity was named the liquidator (executor) as well as the sole legatee. Her mother had just transferred a valuable income property to her two sisters and wanted to make it up to Charity by leaving her all the family’s cash and investments. After her mother’s death, Charity went to the bank to start gathering the cash and investments, only to be informed that there was nothing left. How could this happen?

There were three sisters, named Faith, Hope and Charity. Charity was the youngest. The family had been quite diligent and owned a fully paid and income generating triplex, with the family living in one of the units. They had saved a significant amount of cash and investments, here and in Europe. The father passed away some time ago and left everything to their mother. All the girls were married, with children, and had homes of their own. After their father’s death, the mother gave the three sisters power of attorney over her affairs, where each daughter could act independently from the others so that they could share the http://poaresponsibility of caring for their mother and her finances.
Charity and their mother did everything together and was far more involved in their mother’s life than her two older sisters.
Unfortunately, Charity was married to a compulsive gambler. In order to protect her family home (“the home”) from her husband’s debts and creditors, Charity decided to transfer the ownership to her mother in 2004. Charity’s husband passed away 5 years later. The home was always and remains occupied by Charity and her children.
In 2015, their mother, now in her early 70’s started having some health issues and was hospitalized for short periods. Charity began to be concerned because she knew that her mother had a mirror last will and testament, signed at the same time as her father’s, leaving everything to each other and then to be split evenly between the girls. So, if their mother died, Charity’s home would belong to Charity and her two sisters.
So, Charity approached their mother and asked her to transfer the home back to her. This, their mother did willingly but without saying anything to Faith and Hope. When the other two sisters found out, a short time later, they were furious. As far as Faith and Hope were concerned, their mother had owned the home for the last 10 years and it would be shared equally when their mother passed away. They saw this as favouritism, at best, and outright abuse by Charity, at worst.
So, Faith and Hope set out to make sure to protect the triplex from Charity and began a campaign of pressure on their mother to make sure that they would get it and not have to share it with Charity at their mother’s death. Their mother, in order to get peace, agreed to transfer the triplex to Faith and Hope.
Now it was Charity’s turn to be hurt because, as far as she was concerned, Charity had always been the real owner of her home and the only reason it was in their mother’s name was to protect it from seizure by her dead husband’s creditors. Charity had no designs on the triplex and had always agreed that it should be divided three ways upon their mother’s death.
Again, in order to get peace, their mother prepared a new last will and testament leaving Charity all the cash and investments and making her the liquidator. Satisfied that her share of the estate was secure, Charity withdrew from actively participating in family affairs and left the care of their mother to her two sisters.
Their mother was fully competent until the very end, and there is NO evidence of the contrary.
At the end of 2017, their mother finally finds real peace and passes away.
When Charity finds out that there is nothing left in the bank and that the investments had all been sold and the money gone, she demanded statements to see what could have happened. 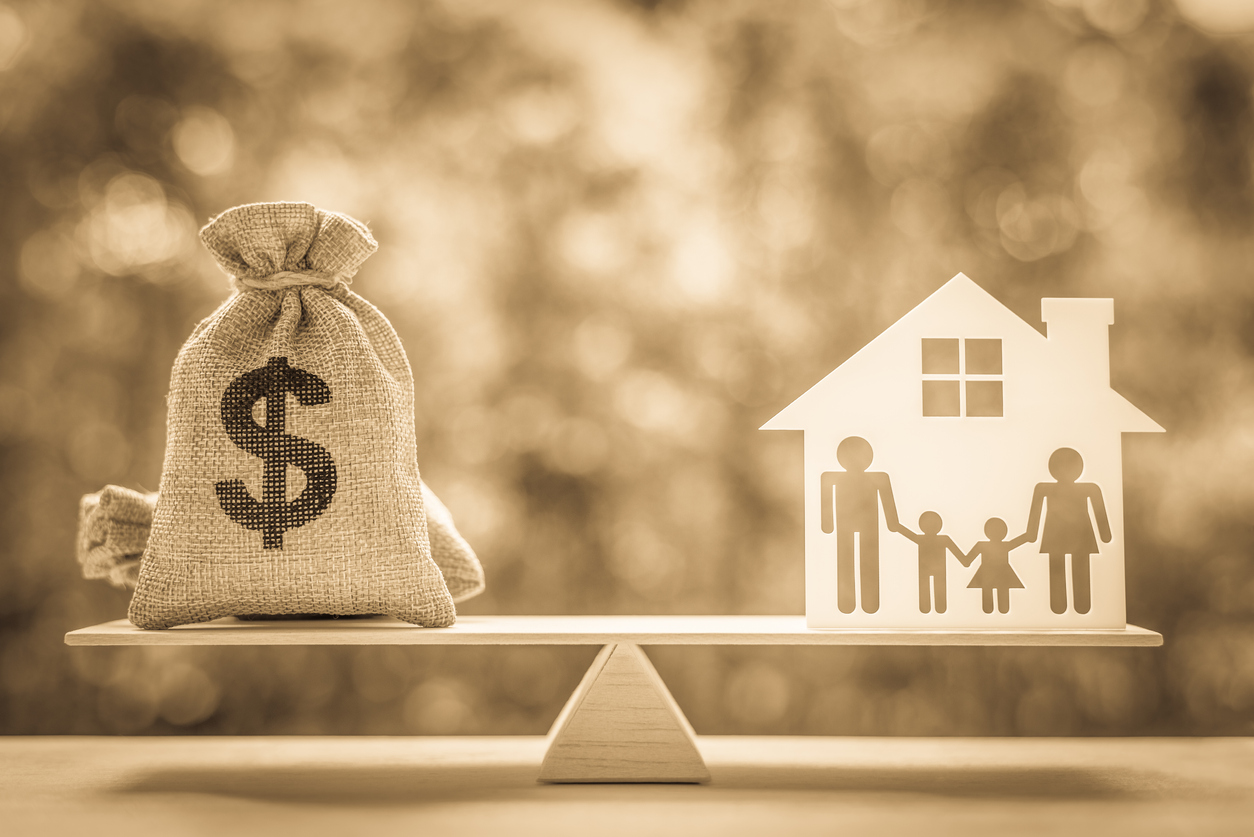 The documents showed that, from the time their mother had transferred the home to Charity, both Faith and Hope had been using the power of attorney from their mother to sell the investments and transfer the money into their own names. This included taking their mother to Italy and having the money there transferred to them as well. The whole, presumably, with their mother’s participation and consent.
Charity came to see us, our office reviewed all the documents and issued a detailed legal opinion that there was nothing that could be done. There was no point in Charity spending thousands of dollars in legal fees to try and recover some money from her sisters. The evidence indicated that their mother was torn between the competing sisters and was always trying to placate them each in turn. Again, there was NO evidence that she was not fully competent the whole time. Their mother could have changed her mind and reversed some, if not all, of the transfers of property and money to the very end but choose not to do so.

We must remember that an adult who is compos mentis can give, sell or in any other way, legally, dispose of his/her property and money.
Furthermore, the law will assume that a person (mandatary/agent), who is acting for someone else (mandator/principal), with a power of attorney, is doing so with the mandator/principal’s complete consent and approval. After the mandator/principal dies, it is very difficult to prove the contrary.

CHARITY: She waited far too long after her husband’s death to ask for her mother to return the home to her. This delay, although there is no direct evidence, may have created the impression that Charity was receiving financial help from their mother, with her sisters’ knowledge, to pay for and maintain the home while it was in their mother’s name.
When their mother was under pressure from Faith and Hope to transfer the triplex to them, Charity could have filed a complaint to the Commission des droits de la personnes et de la jeunesse. This was eventually done by her former lawyers but only after their mother’s death, which was too late.
Charity could have remained actively participating in her mother’s life and seeing to her needs until her death. Had she done so, their mother may have shared with her the fact that her sisters were taking all the money and she could have stopped it, using the same power of attorney.

MOTHER: She should have included, in the power of attorney, that any act must be unanimous and include the participation of all three sisters. She could have confided to some one outside the family, despite the shame she felt, that all her children were behaving in such a manner.

FAITH AND HOPE: Upon being informed of the transfer of the home to Charity, they could have asked that the home be evaluated and been compensated with the cash (i.e. home is worth $300,000 so mother gives $100,000 each to Hope and Faith) thus leaving the triplex to be shared by all three of them upon their mother’s death.

Timely consultation with a qualified professional is essential to avoid such needless conflict and expense for everyone involved in such matters. If you find yourself in a similar situation:

COMPOS MENTIS:  A person who has full control of his/her mind, being sane, sound of mind and in control of his mental faculties.  Legally capable of making decisions about the care of his person or his property.  In the Civil Code of Quebec, this state of mind is PRESUMED until proven otherwise.

COMPOS MENTIS:  A person who has full control of his/her mind, being sane, sound of mind and in control of his mental faculties.  Legally capable of making decisions about the care of his person or his property.  In the Civil Code of Quebec, this state of mind is PRESUMED until proven otherwise.

POWER OF ATTORNEY:  A document signed by one person (mandator/principal) giving another person (mandatary/agent) the power or authority to act for them (i.e. do their banking).  This power can be withdrawn or annulled at any time.  The original of this document is usually given to the mandatory/agent as proof of their authority/permission to act for the mandator/principal.